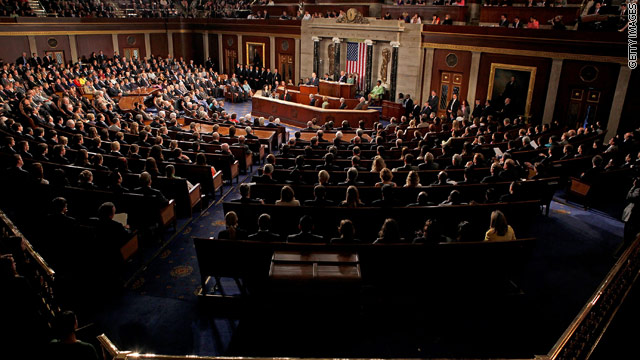 Washington (CNN) - How a bill becomes a law is the educational building block of every American civics class. But as House Republicans take control of the House today, they will shift, ever so slightly, that civics lesson.

First, all bills and joint resolutions submitted for approval will be required to have an accompanying statement explaining their Constitutional authority. Republicans and the members of the Tea Party have argued that Democrats regularly overreached the Constitutional powers granted to the House of Representatives and believe this rule will refocus legislative priorities.

The new rules that will be adopted in the House Wednesday also reflect an understanding and an embrace of technology.

Not only are Republicans seizing the use of electronic communication devices on the House floor – such as iPads and Blackberries – they are also encouraging the public's use of technology. Bills will be required to be posted online for 72 hours before they can come to a final vote, banning the practice of rewriting legislation shortly before it is to be voted on, so that all Americans have time to go online, read a bill and then lobby their member of Congress.

Another major change in the rules affects the budget, specifically giving the chairman of the House Budget Committee greater authority to set spending limits. Pointing to Democrats' inability to pass a budget last year–a document that guides spending decisions for the fiscal year– Republicans are granting the new chairman, Rep. Paul Ryan of Wisconsin, the authority to set spending ceilings on his own if the House does not act.

"Getting a grip on this year's spending is only the first step in addressing our long term budget challenges - but it's a step we must take, and we must take it now," Paul said in a statement. "Without a budget, the Federal government will continue to operate with no priorities and no restraints, while our fiscal and economic challenges continue to mount."

In giving the Budget Committee chairman broader authority, Republicans are reverting to a rule that existed when they controlled the House in the 1990's. Still, Democrats view it as an unnecessary power grab.

"Allowing incoming Chairman Ryan to have unilateral power to set spending limits – instead of subjecting those limits to a vote on the floor of the House – flies in the face of promises by House Republicans to have the most transparent and honest Congress in history," said Doug Thornell, spokesman for incoming House Budget Committee ranking member Chris Van Hollen (D-MD).

"Unfortunately, the House GOP is reverting back to the same arrogant governing style they implemented when they last held the majority and turned a surplus into a huge deficit," he added.