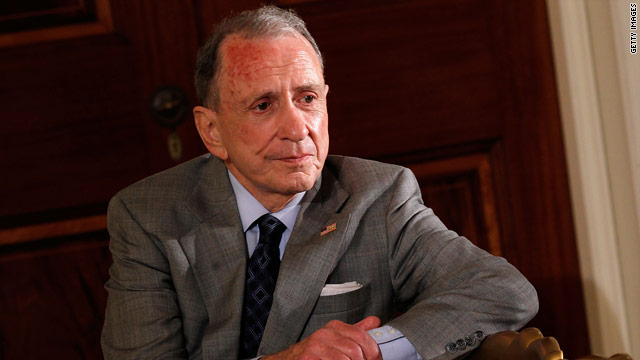 (CNN) – The move from the halls of Congress to those of academia appears to be a popular one this year.

Former Sen. Arlen Specter has taken a new role at the University of Pennsylvania Law School, set to teach an upper-level course next fall on the relationship between Congress and the Supreme Court. The move comes on the heels of news former Wisconsin Sen. Russ Feingold will teach at Marquette Law School next fall.

"We are delighted to welcome Arlen Specter to Penn Law," said Michael A. Fitts, the law school's dean, in a statement. "Arlen's knowledge of the inner workings of the government and lawmaking is second to none. The insight he brings from his career in public service, particularly as a leader on judicial issues, will be invaluable to our students as they prepare for their own careers in the law."

Specter, the longtime senator and onetime Judiciary chairman, departed the chamber after an eye brow-raising speech during which he chastised members of the Supreme Court's conservative bloc for "eroding the constitutional mandate of separation of powers."

"The Supreme Court has been eating Congress' lunch by invalidating legislation with judicial activism after nominees commit under oath in confirmation proceedings to respect congressional fact finding and precedents," said Specter, who voted in favor of both Chief Justice John Roberts and Justice Samuel Alito when the Bush appointees came before his panel.

Specter, who served as a Republican for most of his political career before switching parties in 2009, is a graduate of Yale Law School.