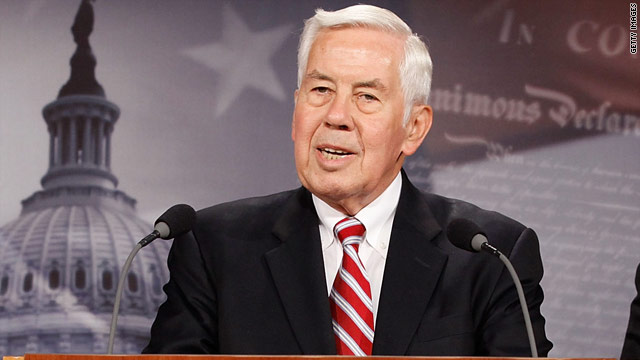 Washington (CNN) - Hoping to head off a primary challenge from the right, Sen. Richard Lugar, R-Indiana, sat down with Tea Party leaders last month but did little to persuade them of his conservative credentials.

The two-hour meeting, which took place over breakfast on Dec. 13th at a Marriott hotel in downtown Indianapolis, was described by participants on both sides as "cordial," but the Tea Party activists left vowing to oppose Lugar's bid for a seventh term.

"The Senator said he hoped he could earn the support of the Tea Party, and that he is conservative," said Greg Fettig, the co-founder of Hoosier Patriots. Fettig was joined in the meeting by Monica Boyer of Kosciusko "Silent No More," a Tea Party group in northeast Indiana.

"We obviously would beg to differ that he is conservative, and our experience is that he won't get the support of any Tea Party group across the state," Fettig told CNN. "This is something that has really been building for years. A lot of Tea Party people have said, 'Who is this guy? He might as well have a 'D' in front of his name.'"

Fettig and Boyer originally requested the meeting as representatives of Hoosiers for Conservative Senate, an organization of roughly 60 Tea Party groups formed to find a conservative primary challenger to Lugar, or force his retirement.

Lugar and a pair of staffers discussed a range of federal issues, including the role of earmarks and the Federal Reserve. Fettig and Boyer objected to Lugar's sponsorship of the DREAM Act, his support for the ratification of the START nuclear arms treaty during the lame-duck session of Congress, and his votes to confirm Supreme Court Justices Sonia Sotomayor and Elena Kagan.

Mark Hayes, a spokesman for Lugar, was in the room and acknowledged that "not everybody is going to agree with everything" the senator has done in his long career.

But, Hayes told CNN, "[Lugar's] preference is to sit down and have a conversation, to understand where they're coming from, and really to point out the high degree of similarities, for the most part, on a lot of different issues. It was a good conversation."

Fettig called Lugar "likeable" and "a lovely human being," but said Lugar should prepare for a Tea Party challenge.

"We weren't swayed," he told CNN. "We equated it to going out on a football field, shaking hands, flipping the coins, and game on. He wants to win, and we want to win."

Hoosiers for Conservative Senate is convening a "Road To Retirement" event in Indianapolis on Jan. 22 in Indianapolis, where organizers hope that an array of Tea Party groups can unite around one Republican candidate to challenge Lugar in the May 2012 primary.