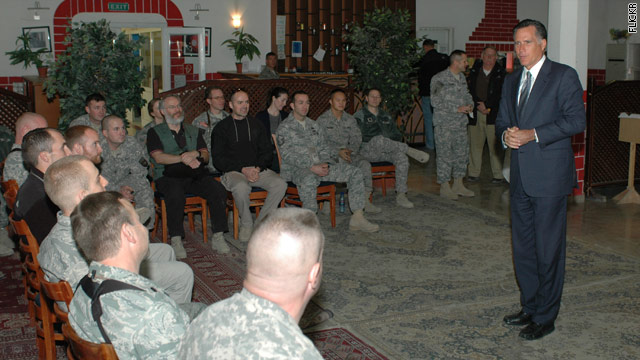 "The purpose of the trip is not to conduct private diplomacy, but to give Governor Romney a first-hand look at what is happening in an important region of the world," Fehrnstrom said in a statement.

The trip is paid for by a combination of private sources including the International Republican Institute and the American Israel Education Foundation.

Romney, who lost the 2008 presidential nomination to Republican Sen. John McCain, is considering a presidential run in 2012 and has spent the time since the midterm elections publicly commenting on President Obama's policies, including the tax deal and the New START.