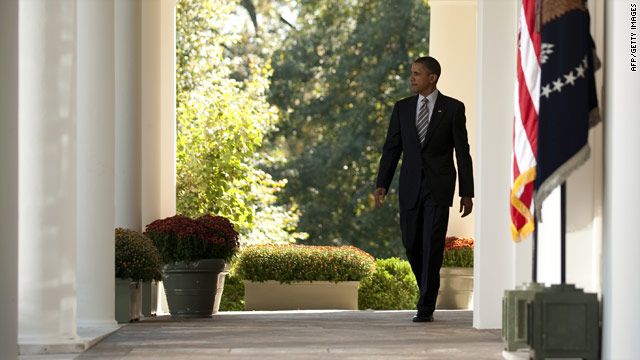 "Right now, the main thing we're doing is to offer our thoughts and prayers to those who have been impacted, making sure that we're joining together and pulling together as a country," said Obama, "and, as President of the United States, but also as a father, obviously, I'm spending a lot of time just thinking about the families and reaching out to them."

President Obama made the comments during a press availability with French President Nicolas Sarkozy in the Oval Office. The president also praised the Arizona citizens who helped wrestle the alleged shooter, Jared Lee Loughner, to the ground.

"I think it is important for us to also focus, though, on the extraordinary courage that was shown during the course of these events," President Obama said. "A 20 year old college student who ran into the line of fire to rescue his boss; a wounded woman who helped secure the ammunition that might have caused even more damage; the citizens who wrestled down the gunman. Part of what part of what I think that speaks to is the best of America, even in the face of such mindless violence."

Asked if he planned on going to Arizona soon, President Obama indicated that he would go but that nothing has been finalized.

"There is no doubt that we will establish some mechanism, memorial, during the course of the next several days, and when we have that we will announce it," said President Obama.

"But I think it's going to be important, I think, for the country as a whole as well as the people of Arizona to feel as if we are speaking directly to our sense of loss, but also speaking to our hopes for the future and how out of this tragedy we can come together as a stronger nation."

During the remarks, President Obama also mentioned the death of two French citizens who were taken hostage in Niger. The two were killed during a rescue attempt over the weekend.

On Sunday, Obama spoke with some of the families of the shooting victims including nine year old Christina Taylor Green and the family of Gabe Zimmerman the congresswoman's aide who was killed. The president also spoke to the state's two Republican senators, Sen. Jon Kyl and Sen. John McCain.