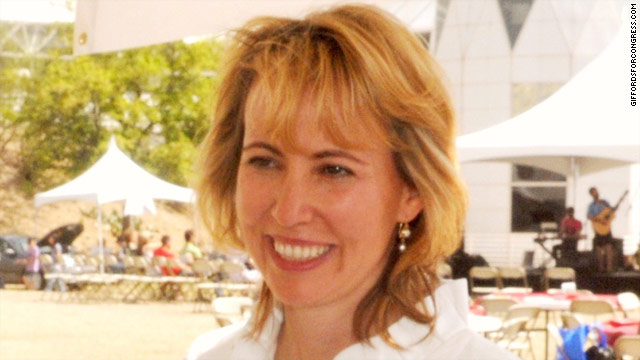 Moments later, he was at Rep. Gabrielle Giffords' side. Less than a week after the 20-year-old intern started working for the congresswoman, he was using his bare hands to stop blood gushing from where a bullet had entered her head.
END_OF_DOCUMENT_TOKEN_TO_BE_REPLACED

CNN: Congressional leaders promise members security review after shooting
House Democrats and Republicans participated in a rare bipartisan conference call Sunday to discuss the condition of Rep. Gabrielle Giffords as well as security concerns for members of Congress. Republican and Democratic leaders, the chief of the United States Capitol Police, a doctor from the Office of the Attending Physician of Congress, and the Chief of Staff to Rep. Gabrielle Giffords briefed about 800 lawmakers, their spouses and top aides. "I've been in Congress 22 years and I have never been on a conference call with Democratic and Republican leaders," Rep. Eliot Engel, D-New York, told CNN. He said he was struck by how genuinely bipartisan and impressive all the congressional leaders were who spoke – from Speaker John Boehner to Minority Leader Nancy Pelosi.