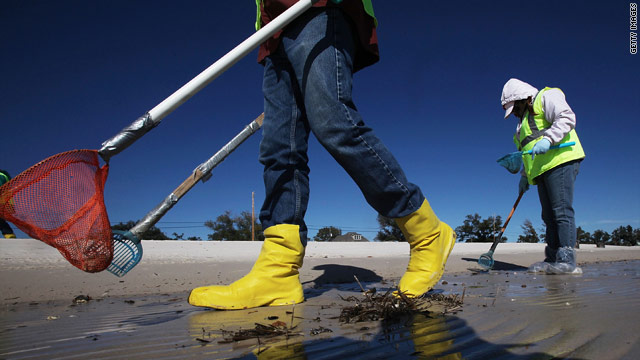 More research, funding and oversight are needed to help prevent another disaster, concluded the National Commission on the BP Deepwater Horizon Oil Spill and Offshore Drilling.

The disaster led to the worst maritime oil spill in U.S. history.

"As drilling pushes into ever deeper and riskier waters where more of America's oil lies, only systemic reforms of both government and industry will prevent a similar, future disaster," said William K. Reilly, the commission co-chairman.

The disaster "was almost the inevitable result of years of industry and government complacency and lack of attention to safety," he said.

That was "indisputably the case" with BP; Transocean, which owned the Deepwater Horizon oil rig; and Halliburton, which installed a cement casing for drill operations, he said. It also was the case with the government agency charged with regulating offshore drilling, Reilly said.

The report, "Deep Water: The Gulf Oil Disaster and the Future of Offshore Drilling," proposed "comprehensive" government and industry actions "to overhaul the U.S. approach to drilling safety and greatly reduce the chances of a similar, large-scale disaster in the future."

Over past 20 years "we became lulled into a sense of inevitable success," which masked the heightened risk in deep water drilling, said commission co-chair Sen. Bob Graham.

Advances in science, both in drilling offshore safely and in containing a spill, are vastly inadequate and must be improved, Graham said.

The commission faulted the government with passivity, saying regulators were outmatched, underfunded and had conflicting responsibilities which prevented them from effective oversight.

They called for a new regulatory office headed by a scientist with a fixed term that would be created under the Department of the Interior. The position would be designed to remain more immune to industry pressures than current oversight agencies.

The group, convened by the president this summer, cited a systemic failure in the oil industry, blaming all three companies - BP, Transocean and Halliburton - involved in constructing the Deepwater Horizon rig.

"The industry needs to pick up its own game," said Reilly, who said the industry was already considering their charge to form a self-policing "safety institute."

To help fund some recommendations, the commission suggested both raising fines on oil companies and charging them a lease to drill off the U.S. coastline.

The commission recommended lifting the $75 million liability cap for offshore facility incidents, but said they could not agree on whether an oil company's liability should be unlimited.

"It's unreasonable to expect if the companies cause billions in dollars of damages that that bill not be sent to the public," Reilly said. He suggested smaller independent oil companies could join an insurance pool to cover their risk.

The commission found several "preventable human and engineering failures were the immediate causes" of the BP disaster. However the commission did not weigh in on whether BP, Transocean or Halliburton broke the law in developing the Deepwater Horizon rig, and deferred the question of criminal charges to the Department of Justice.

Members answered questions about contentious debates over drilling near Florida and Alaska.

"The numbers are not sustainable," Graham said when asked about drilling off Florida. "We need to be holding back some areas that have potential for future generations."

The commission will meet with President Obama Tuesday before presenting its report to Congress. The commission emphasized its message was clear, unanimous and was delivered on time - a rarity in Washington.

"Drilling offshore is inherently risky and we can never reduce the risk to zero," Graham said. "But we can mitigate the risk."