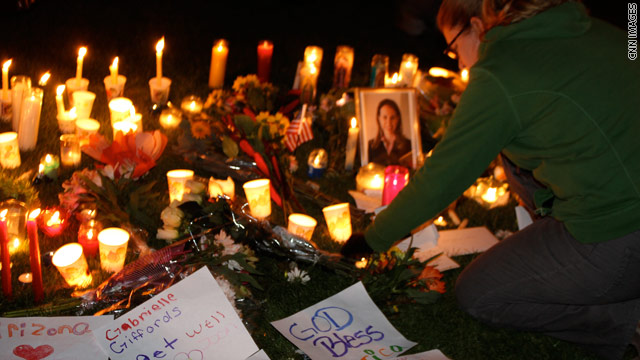 Poll: Charged speech not to blame for Arizona attacks

(CNN) -Amid discussion an increasingly charged political atmosphere may have motivated the shootings in Arizona, a new national poll suggests a majority of Americans believe the heated rhetoric of late played no role in the tragedy that critically injured a congresswoman and left six dead.

According to a new CBS poll, 57 percent of Americans say political vitriol did not contribute to the attacks allegedly committed by 22 year-old Jared Loughner; 32 percent felt it did.

The poll surveyed 673 adults by telephone and carries a sampling error of 4 percent.