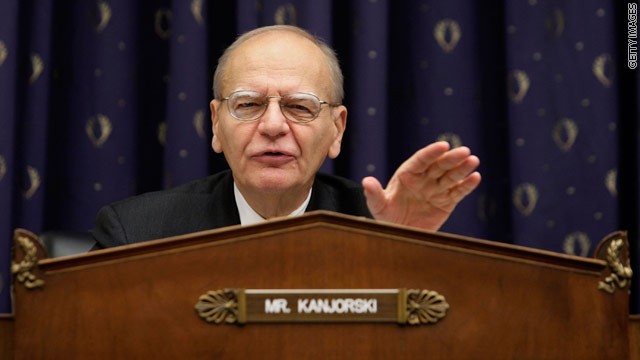 (CNN) - Former Pennsylvania Democratic Congressman Paul Kanjorski is one of many public officials calling for civilized political discussion following the shootings in Arizona, but his own past remarks invoked violent language.

In an op-ed in The New York Times Monday, the 13-term representative who lost reelection in November described his experience as a member of Congress when Puerto Rican nationalists shot five members of Congress assembled on the House floor in 1954 as an example of how easily "political differences can degenerate into violence."

"Therefore it is incumbent on all Americans to create an atmosphere of civility and respect in which political discourse can flow freely, without fear of violent confrontation," Kanjorski wrote in The Times.

A piece in The Scranton Times-Tribune in October quoted Kanjorski from an editorial board meeting where he said large companies make money off the government, and therefore don't want them to change the way they conduct business. He then referenced Rick Scott, the then-Republican candidate for Florida governor who was ousted in 1997 as the head of a large health care company amid a national Medicare and Medicaid fraud scandal.

Kanjorski told Pennsylvania's The Citizens' Voice that "only fruitcakes" would take his statement about Scott literally.

"I probably would never have made the statement if I anticipated anything like this happening," Kanjorski said Tuesday. "It was obviously not in humor, but not literally."