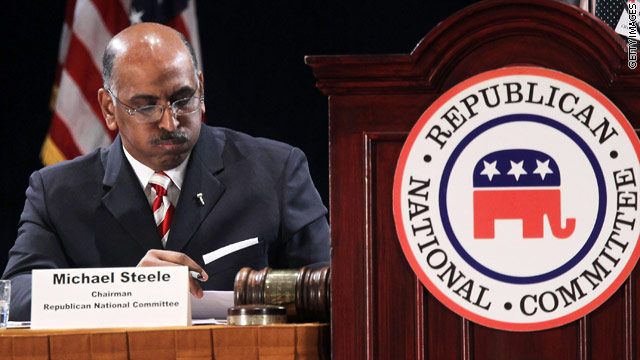 "I really thank you for the chairmanship of this party, for the two years that I have had and at this time I will step aside for others to lead," he said. "But in so doing I hope you all appreciate the legacy I leave despite the noise. Despite the difficulties, we won."

Click to watch video
"As many of you figured out I am a fighter, and I am a little bit obstinate," he continued. "But I am because I believe in the fight ... I will step aside because I think the party is ready for something different."

Steele then released his delegates and asked them to support Cino, whose bid is backed by House Speaker John Boehner.