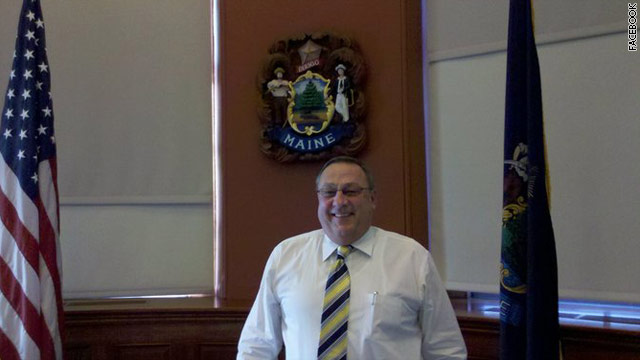 The governor made the comments to CNN affiliate WCSH after being asked about criticism he received from the organization for refusing to attend an event it is sponsoring on behalf of Martin Luther King Day.

"They are a special interest. End of story...and I'm not going to be held hostage by special interests. And if they want, they can look at my family picture. My son happens to be black, so they can do whatever they'd like about it," LePage said.

The governor has an adopted son from Jamaica, according to WSCH.

Specifically, the NAACP event involved meeting with black prisoners at the state prison. Le Page maintains the organization rejected his requirement to meet with all prisoners at the event.

"That wasn't acceptable to them," LePage said. "So, tough luck."

During his campaign for governor, the Tea Party-backed LePage faced fire when he said he would tell President Obama to "go to hell" if he was elected. LePage later said he regretted the bluntness of his words.