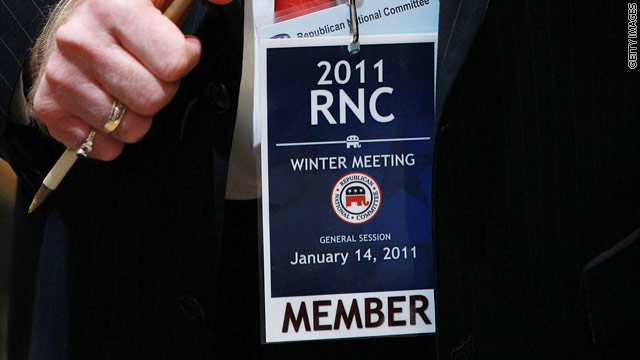 Major GOP conference may be scheduled days before Iowa caucuses

Washington (CNN) - South Carolina Republicans are maneuvering to host a major party gathering in the weeks before the 2012 Iowa caucuses, a move that could force GOP presidential hopefuls to interrupt their last minute Midwest politicking to court activists down south.

Southern delegates to the Republican National Committee on Friday ratified Charleston, South Carolina as the site of the 2012 Southern Republican Leadership Conference.

Rules say the conference can be held at any point between January and May, and Palmetto State organizers told CNN they already planning to hold the event in late January or early February in order to maximize the state's role in the presidential nominating process.

The conference, a gathering of Republican activists from 14 southern states, has conducted a closely-watched presidential straw poll in recent years and would likely do so again in Charleston, possibly just days before Iowa Republicans head to the caucuses and weeks before the South Carolina primary.

The Iowa vote is slated for Feb. 6 of 2012, according to the presidential nominating calendar approved by the RNC last summer, followed by New Hampshire on Feb. 14, Nevada on Feb. 18 and South Carolina on Feb. 28.

The 2012 SRLC will be organized as a separate entity from the South Carolina Republican Party, allowing it to skirt fundraising limits.