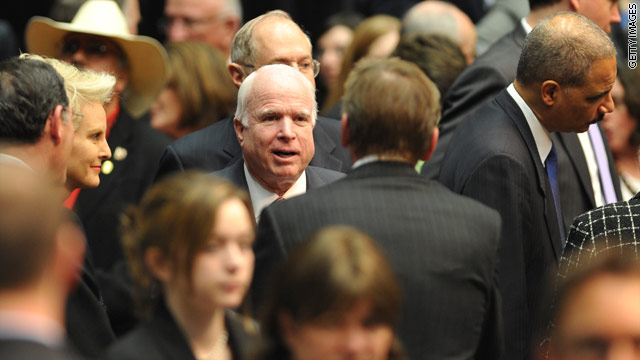 In an op-ed set to publish in the Washington Post Sunday, the 2008 GOP presidential nominee said his former rival gave a "terrific speech" and echoed the president's sentiment that political discourse should be "more civil than it currently is."

"Our political discourse should be more civil than it currently is, and we all, myself included, bear some responsibility for it not being so," McCain writes. "It probably asks too much of human nature to expect any of us to be restrained at all times by persistent modesty and empathy from committing rhetorical excesses that exaggerate our differences and ignore our similarities."

He added that it is not beyond America's "ability and virtue to refrain from substituting character assassination for spirited and respectful debate."