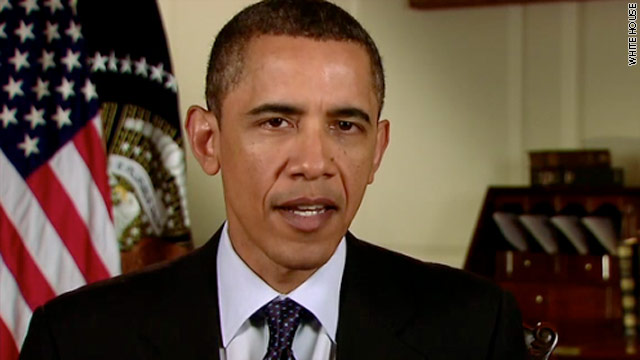 (CNN) - One week after the Arizona shootings, President Obama dedicated his weekly address to the memory of the victims and pivoted the conversation toward political bipartisanship.

"As shrill and discordant as our politics can be at times, it was a moment that reminded us of who we really are – and how much we depend on one another," Obama said in Saturday's address. "While we can't escape our grief for those we've lost, we carry on now, mindful of those truths."

Just as members of Congress united to honor Rep. Gabrielle Giffords, who was among 19 shot – six fatally – in the attack, Obama said congressional leaders should now come together to address job creation, the budget and reduce the deficit.

"As business resumes, I look forward to working together in that same spirit of common cause with members of Congress from both parties – because before we are Democrats or Republicans, we are Americans," Obama said.

In the GOP weekly address, Republican Arizona Rep. Jeff Flake paid tribute to the acts of "heroism" displayed in the attacks, specifically those of Daniel Hernandez, an intern in Giffords' office who is credited with saving the congresswoman's life after she was shot at close range. Although he said the "lives of many are forever changed," he also said members of Congress have a duty to continue to represent their constituents and listen to their concerns.

"While we may not agree on everything, members of Congress are bound together by a sacred oath to support and defend the Constitution," Flake said Saturday. "As Speaker (John) Boehner has said, an attack on one of us is an attack on all who serve – an attack on representative democracy itself."