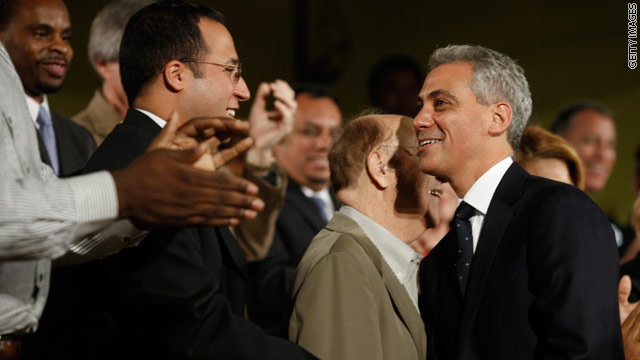 According to a letter sent to supporters Saturday, a donation to Emanuel's campaign ensures the contributor is in the running for a chance to meet the mayoral candidate and Clinton before Tuesday's rally. A winner will be picked Monday.

The plea says the campaign needs 500 donors to "make sure our field team and volunteers have the resources needed."

"President Clinton knows campaigns," the letter says. "And he knows that making that extra phone call or knocking on that extra door could help us win this race."

Emanuel worked in the Clinton White House for five years before serving as an Illinois congressman and then President Obama's chief of staff, a post he left in the fall of last year to run for mayor.