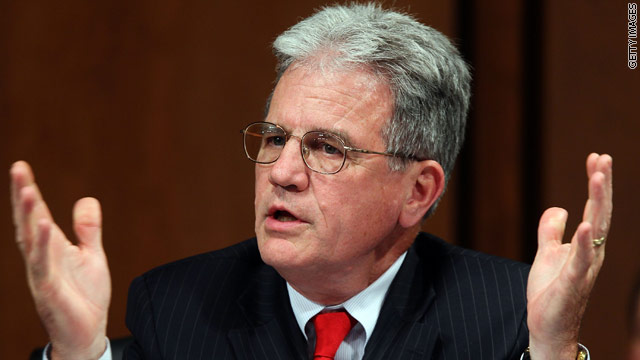 WASHINGTON (CNN) - Oklahoma Republican Sen. Tom Coburn signaled Sunday that the debate over health care reform will continue in the Senate despite an obstacle-filled repeal process.

The House is expected to vote to repeal the law this week, but similar legislation is unlikely to make it through the Democratic-controlled Senate or survive a presidential veto. However, a repeal vote fulfills a GOP campaign promise, allowing Republican legislators to publicly record their views and concerns.

"I think we ought to try to repeal it, because we ought to build the basis that we've gone in the wrong direction to solve the real problems in health care," Coburn said on NBC's "Meet the Press." "The fact is we're not through with the debate on health care in this country … My hope is that the debate will be good for us."

"We welcome, in a certain sense, their attempt to repeal it because it gives us a second chance to make a first impression," Schumer said Sunday. "Dr. Coburn knows how important preventative medicine is, and so many other good things that didn't get a real airing during the sturm und drang of the debate will now get one."

The senior New York senator also suggested provisions that could receive bipartisan support in the Senate, such as repealing the 1099 provision - which requires small businesses to report vendor purchases over $600 – that he said puts too big a burden on small business.

"We have the best health care system in the world and the most inefficient. If we can work together on cutting those costs without damaging the good health care that people get, that's an area for bipartisan agreement," Schumer said.