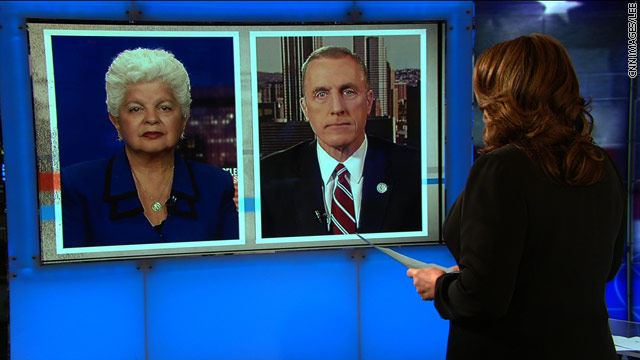 WASHINGTON (CNN) - In the wake of the Arizona shooting, the co-founders of the Congressional Mental Health Caucus want to make sure those who suffer from mental illnesses are able to receive the help they want or need.

Democratic Rep. Grace Napolitano of California and Republican Pennsylvania Rep. Tim Murphy, who founded the caucus in 2003, both acknowledged Sunday on CNN's "State of the Union" that more education and action is needed to improve the response to mental illness in the United States.

Click to watch video
"I believe that we are not informing and educating the public enough to be able to help them be able to make the decision to help those they love," Napolitano told CNN Chief Political Correspondent Candy Crowley. "Unfortunately it does not hit the radar scope in Washington or almost in any state house … It's always something you don't talk about, you don't discuss because of the stigma, and I think we need to address that heavily."

Napolitano said educating the public might not have prevented the shooting, but could have helped the alleged shooter before his actions rose to the level that resulted in last Saturday's attack. A motive for the shootings has not yet been determined, but many have pointed to warning signs surrounding suspect Jared Loughner before the attacks, citing red flags raised by classmates and school officials.

Murphy, who worked as a child psychologist before he was elected to Congress, said he hopes members of Congress and those in state Legislatures will be motivated to now "look carefully at their mental health systems and their involuntary commitment system laws," to prevent future attacks.

However, Napolitano was skeptical that the issue will remain in the spotlight.

"Every time there's a tragedy, there's a lot of hoopla for a month, two months, (it) dies down, goes away. Everybody forgets about it and we're on to the next thing," she said.

To prevent that trajectory, Murphy said he hopes to hold hearings to go through the events "piece by piece."