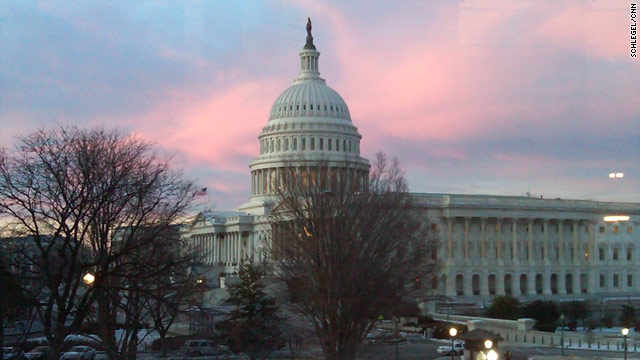 Washington (CNN) - More than a week after the Arizona shooting, senators and congressman are, at least slightly, changing how they talk about and interact with each other. The seating chart for the State of the Union address has become a nascent map for bipartisanship.

But what specifically have we learned about political discourse?

In this week's American Sauce, CNN's Lisa Desjardins profiles two individuals who wield razor-sharp words against one another in the fight over illegal immigration. And, looking big picture, she works with a professor who has devoted his career to studying extreme speech, asking him if there is any way to measure the tone today.

Arizona State Professor Steve Corman studies speech that could incite violence, specializing in the words used by Islamic extremists. In society as a whole, he says there is no firm measure of anger or hatred in speech, but he sees clear evidence the tone, and concern about it, has shifted. Corman points to studies focused on the Internet, which imply that the Web breeds personal attacks and disdainful speech. In addition, Corman notes that four new centers have been established to study public discourse. But how does this affect unbalanced, potentially violent, individuals? Do higher levels of rage come naturally from difficult, tense issues? Or is it the level of sharp speech in general, the tone in society, that can incite violence?

Corman's answer: "It's more the manner in which debate is conducted than, I would say, the issues."

To hear more from Prof. Corman and to listen to our talk with two men who use sharp, angry words as part of their activism, click here.