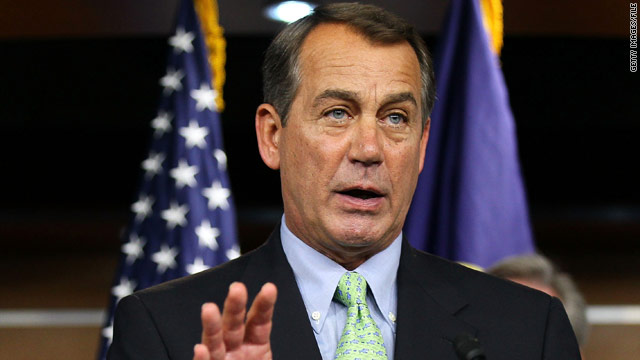 Washington (CNN) - As evidence of a slight rhetorical shift, House Speaker John Boehner abandoned labeling the current health care law as "job killing," and instead called it "job crushing" and "job destroying" in a new message posted on his webpage.

After suspending normal business to honor the victims of the Arizona shootings, the House will vote to repeal the health care legislation Wednesday as the GOP's first step toward achieving the "common-sense reforms that will lower health care costs and protect jobs."

"No act of violence is going to keep us from doing our jobs and representing the will of our constituents," Boehner said. "The American people have made it clear they want us to focus on cutting spending and removing barriers to job creation, and repealing the health care law is critical to fulfilling these priorities."

Members of Congress have called for toned-down language and verbal attacks following the shootings in Arizona that killed six people and wounded 13, including Democratic Rep. Gabrielle Giffords. However, even if the repeal passes in the House, similar legislation is unlikely to make it through the Senate or survive a presidential veto.