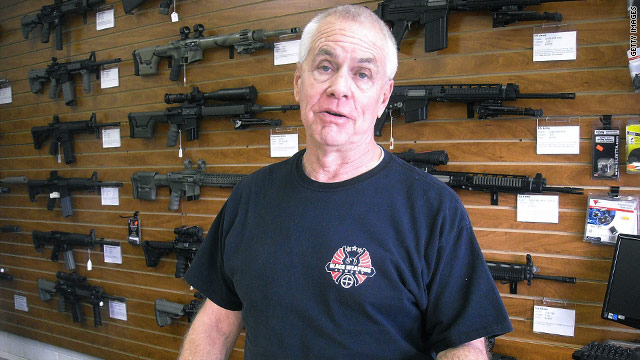 Washington (CNN) - Americans' overall attitudes toward gun laws have not budged an inch in the wake of the shootings in Arizona, according to a new national poll.

But a CNN/Opinion Research Corporation survey released Monday also indicates that majority of the public favors restrictions on semi-automatic guns and high-capacity ammunition clips, as well as background checks and limits on the number of guns that can be purchased.

"Those numbers are identical to the results of a poll taken in the summer of 2009, indicating that the tragic events in Tucson have not changed how the public feels about gun laws," says CNN Polling Director Keating Holland. "This is a familiar pattern in polling - surveys taken after previous incidents like the Columbine shooting have shown little or no change in Americans' attitudes toward guns."

A total of 19 people were shot January 8 at the "Congress on Your Corner" event at a Tucson supermarket. Authorities believe Rep. Gabrielle Giffords was the target of the mass shooting that left six dead and another 13 wounded. Giffords was upgraded from critical to serious condition Sunday, eight days after being shot in the head at the public event. A 22-year-old suspect, Jared Lee Loughner, is in custody.

According to the survey, several restrictions, however, are widely accepted. More than nine in ten Americans favor background checks to determine whether a prospective buyer has been convicted of a felony. Six in ten favor a ban on semi-automatic assault guns, and on the kind of extended ammunition clips which Jared Loughner allegedly used in Arizona. Fifty-five percent questioned say they also favor limiting gun purchases to one per month.