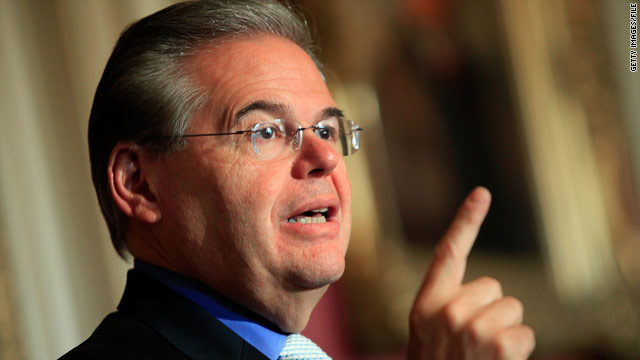 The poll indicates that 47 percent approve of the job that President Barack Obama's doing in the White House, with 41 percent saying they disapprove.

"The fortunes of the president and Menendez are bound together," said Woolley. "They rode an anti-Republican tide into office. Republicans are hoping an anti-Democratic tide takes them away. But in this state, Republicans will also need a candidate who can reach beyond Republican voters," says Peter Woolley, the director of the poll.

The Fairleigh Dickinson survey did not ask a question on Menendez's approval rating. A Quinnipiac University poll conducted last month indicated that 38 percent approved of the job Menendez was doing as senator, with 42 percent disapproving, and one in five unsure.

Menendez was appointed senator in January 2006 when fellow Democrat Jon Corzine gave up his seat to take over as governor. Menendez won a full term in office in the 2006 midterm elections, capturing 53 percent of the vote against Kean.

The Fairleigh Dickinson University poll was conducted Jan. 3-9, with 802 registered voters in New Jersey questioned by telephone. The survey has an overall sampling error of 3.5 percentage points.