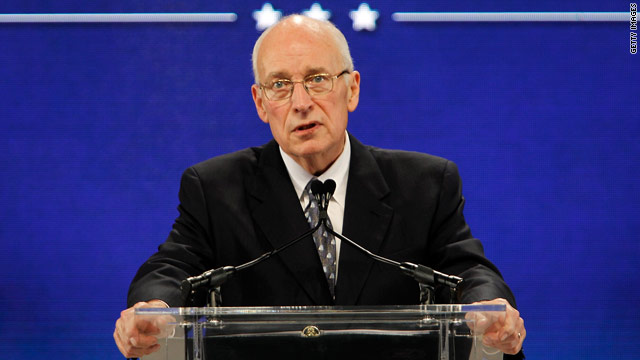 (CNN) – It's been months since he has given a media interview, but former Vice President Dick Cheney is making clear his sharp opinions on President Obama haven't changed.

In his first interview since undergoing heart surgery last July, Cheney told NBC News he still expects Obama will be voted out of office in 2012.

"I think he embarked upon a course of action when he became president that did not have as much support as he thought it did," said Cheney in the interview airing Monday and Tuesday.

Cheney, whose considerable weight loss took many by surprise when he publicly appeared at the groundbreaking ceremony of the Bush library last fall, added Obama has proven himself to be out of touch with the role of the private sector in creating jobs.

"I think his overall approach to expanding the size of government, expanding the deficit, and giving more and more authority and power to the government over the private sector is a lack of– sort of a feel for the role of the private sector in– in creating jobs, in creating wealth and getting our economy back on track. Those are all weaknesses, as I look at Barack Obama. And I think he'll be a one term president," he said.

Cheney also addressed the Arizona shootings and the efforts by some to blame the events on the charged political atmosphere.

"I think we have to be a little bit careful here– about a rush to judgment," he said. "Trying to explain the event when we don't really know everything we need to know in order to be able to make sort of a final judgment. There's a lot more I'd like to know about the man who was the perpetrator of this awful crime."

Cheney also discussed his own health in the interview with NBC, saying he has yet to decide if he will elect to have a heart transplant. He currently uses a heart pump to stay alive, a device that ordinarily is not used for more than a couple of years.

"I haven't made a decision yet," said Cheney when asked if he will pursue a transplant. "The technology (of the heart pump) was originally developed to provide a transition. To take somebody who's reached the point where they needed a transplant but a transplant wouldn't immediately be available, so they put this in as a temporary measure.

"What's happened over time is the technology's gotten better and better and we've gotten more and more experience with people living with this technology. So I'll have to make a decision at some point whether or not I want to go for a transplant. But we haven't addressed that yet," he continued