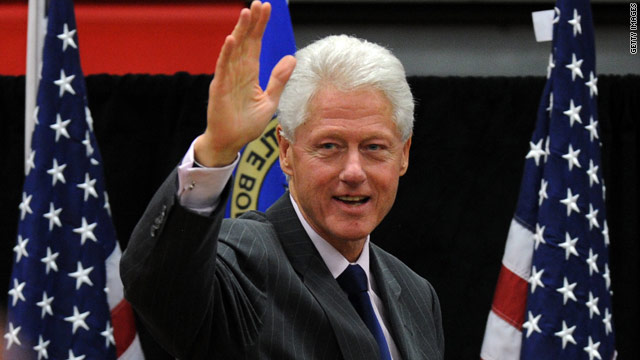 (CNN) – Former President Bill Clinton will campaign for Rahm Emanuel Tuesday at a rally in the Chicago Cultural Center, but the high profile visit is not without controversy.

One of Emanuel's leading opponents, Carol Moseley Braun – herself a former ambassador to New Zealand under Clinton – publically called on the former president to back out of the Chicago race late last year.

"Bill Clinton is an outsider parachuting in to support another outsider," said Braun, now the only black candidate in the mayoral race. "Clinton should remember New Hampshire where he called Barack Obama's opposition to the war in Iraq 'a fairy tale.' He was wrong."

Emanuel, who is running for mayor of Chicago, worked in the Clinton White House for five years before serving as an Illinois congressman and then President Obama's chief of staff, a post he left in the fall of last year to run for mayor. Polls show Emanuel with a comfortably lead over Moseley Braun and a handful of other candidates.