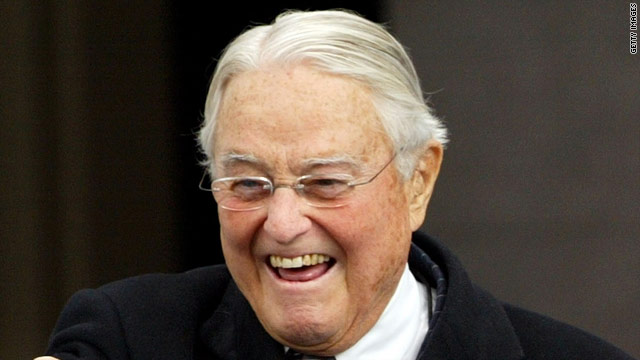 Sargent Shriver is dead at age 95

(CNN) - R. Sargent Shriver, who was responsible for launching the U.S. Peace Corps after marrying into the Kennedy family and joining John F. Kennedy's White House, has died, a family source told CNN.

Shriver, whose full name was Robert Sargent Shriver, was 95. He had suffered for years from Alzheimer's disease. After overseeing the Peace Corps launch in the early 1960s, Shriver went on to serve subsequent presidential administrations and kept up his activism throughout his life, becoming a chief architect of President Lyndon B. Johnson's war on poverty and later heading the Special Olympics, which was
founded by his wife, Eunice Kennedy Shriver.