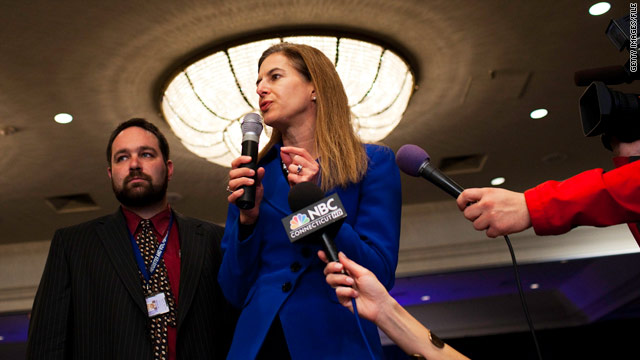 Former Connecticut Secretary of State Susan Bysiewicz's announcement may encourage others eyeing the Democratic nomination to announce their intentions sooner rather than later. Reps. Joe Courtney and Chris Murphy are said to be considering a bid; Lieberman's Democratic colleagues are rumored to be encouraging him to run for re-election as a Democrat.

Bysiewicz was first elected to the secretary of state's office in 1999 and has won four statewide elections. In a statement, she took a swipe at Lieberman.

"We need a Senator who is 100 percent focused on helping our state, and Senator Joe Lieberman has been focused on everything but Connecticut," she said.

Bysiewicz was embarrassed by a number of blunders in 2010, most notably her forced elimination from the race for state attorney general after Connecticut's Supreme Court ruled that she did not have the judicial experience required by state law to be elected.

She was also found by the state's Democratic attorney general to have misused a state-owned database of 35,000 voters' contact information.

In an attempt to assuage worries that she may no longer be electable, Bysiewicz's campaign released polling data Tuesday afternoon that places her ahead of Lieberman, Courtney, Murphy and failed Republican Senate candidate Linda McMahon in hypothetical primary and general election match-ups.

Connecticut's 2010 Senate race was the most expensive in state history. With nearly two full years until the 2012 general election, that record may not stand for long.