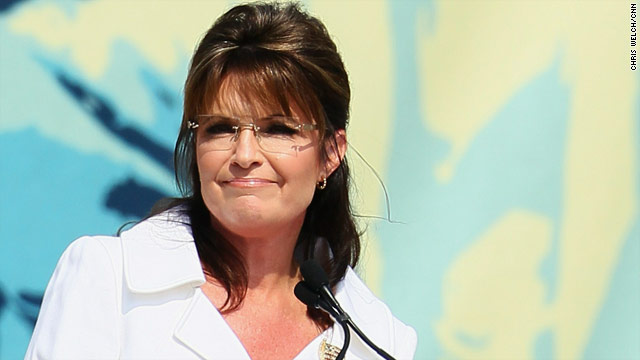 Washington (CNN) - After a difficult and controversial two-week stretch for Sarah Palin, the former Alaska governor's favorable rating has dipped to its lowest level since she joined the 2008 Republican presidential ticket and became a household name.

According to the new USA TODAY/Gallup survey, Palin's favorability rating has dipped to 38 percent while her unfavorable now stands at 53 percent. Gallup reports the 38 percent is a new low when it comes to the percentage of Americans who give the former Alaska governor a thumbs up. The 53 percent who dislike Palin is also a new high in Gallup polling. A similar poll in July found 44 percent of Americans viewed her favorably while 47 percent did not.

The poll surveyed 1,032 adults by telephone from Friday through Sunday and carries a sampling error of 4 percentage points.

The latest survey findings are no doubt unwelcome news for Palin as she considers whether to mount a presidential run. But in an appearance on Fox News Monday, Palin said the latest heat directed her way in the wake of the Arizona shootings has not deterred her desire to be a part of the public dialogue.