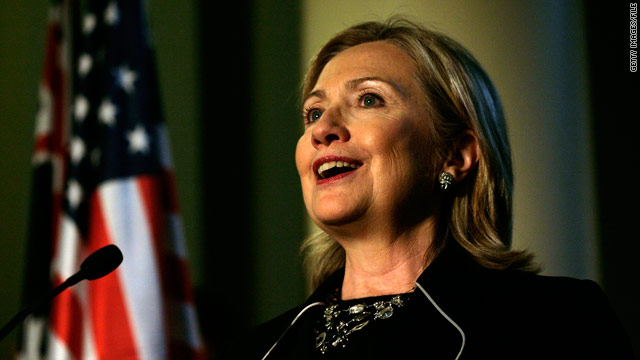 Clinton ready to leave State in 2012?

(CNN) - Secretary of State Hillary Clinton suggested Wednesday one term as the nation's top diplomat just may be enough for her.

Speaking on NBC's Today Show, Clinton notably avoided answering directly whether she would be willing to stay in the high-profile position should President Obama win a second term, instead making clear she is looking forward to returning to private life.

"I am very pleased to be working in this position now, but I've said on many occasions I am looking forward to retuning to private life, something I haven't had the experience of for a long time now," said Clinton, who has without pause in the last three decades been the first lady of Arkansas, the first lady of the United States, a U.S. senator, a presidential candidate, and now secretary of state.

"I am proud to serve this president.  I think we have made a real difference in restoring American leadership and credibility around the world," Clinton added.  "But I do look forward to having a little more spare time and a few more hours just to take a deep breath."

Asked directly if she would consider sticking around for a second Obama term, Clinton said: "That is not something I am in any way committing to or even thinking about."

It's not the first time Clinton has suggested she doesn't want to remain in her current post beyond four years, telling PBS last year that she "really can't" see herself in the position for eight years.   She's also said - to the disbelief of many political observers - that she does not see herself running for president again.

And late last year, Clinton poured cold water on the suggestion, raised by veteran Washington Post reporter Bob Woodward, that she was angling to switch roles with Vice President Biden in a second Obama term.

"I don't believe what I read," Clinton said of Woodward's claims in October. "I have absolutely no interest and no reason for doing anything other than just dismissing these stories and moving on."

Should Clinton ultimately step down as Secretary of State, it would not be out of the ordinary.  The constant travel and stresses of the job have taxed many who have come before her.  In fact, the last Secretary of State to last more than one term was George Schultz who served under President Ronald Reagan from 1982 to 1989.

Meanwhile, a new CNN/Opinion Research Corporation poll released Wednesday shows Clinton favorable ratings are high - 66 percent give a thumbs up to the Secretary of State.