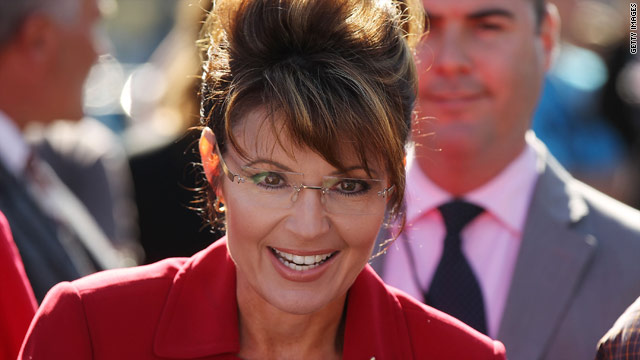 Washington (CNN) - A new national poll indicates that 56 percent of all Americans have an unfavorable view of Sarah Palin, an all-time high for the former Alaska governor. That 56 percent unfavorable figure is up seven points from just before the midterm elections, according to a CNN/Opinion Research Corporation poll released Wednesday morning.

Thirty-eight percent of people questioned in the poll say they have a favorable view of the 2008 Republican vice presidential nominee, down two points from October.

The poll was conducted following a difficult two week stretch for Palin, who is considering a run for the 2012 GOP presidential nomination. Palin was in the spotlight following the Jan. 8 shootings at a "Congress on Your Corner" event at a Tucson, Arizona supermarket, which left six people dead and 13 wounded. Authorities believe Rep. Gabrielle Giffords, who was seriously wounded as the target of the mass shootings. A 22-year-old suspect, Jared Lee Loughner, is in custody.

Following the shootings critics suggested Palin's at-times charged political rhetoric and use of a graphic featuring crosshairs may have contributed to the shooter's motivations. The graphic was part of a website that Palin put up last year, during the divisive debate over health care reform, to highlight 20 congressional districts won by Sen. John McCain in the 2008 presidential election, where Democratic representatives were voting in favor of the legislation.

Does the dip in Palin's favorable ratings have anything to do with her website?

"Probably not directly, but the public may have been turned off by her reaction to the controversy surrounding that website," says CNN Polling Director Keating Holland. "Poll results released earlier this week show that most Americans do not blame her website for the shootings in Arizona. But women and independents - two groups that tend to prefer civility and bipartisanship - may have disliked her combative reaction to suggestions that the website was involved."