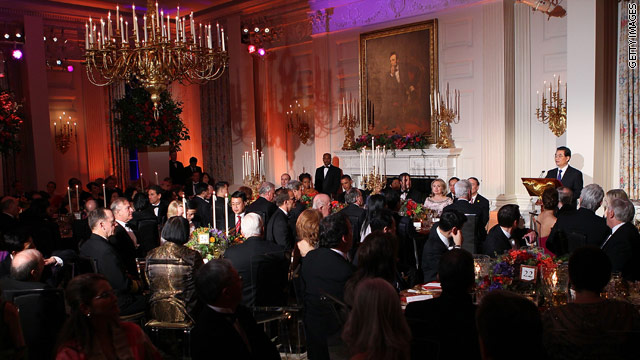 Washington (CNN) - While the talks between President Barack Obama and President Hu Jintao may not have produced major headlines on currency and trade, there was news about the National Zoo's beloved pandas.

In the toasts at the State Dinner, President Obama announced that the pandas can extend their visit to the zoo for a little longer. As an example of the ways the United States and China are working together, Mr. Obama said, "under a new agreement, our National Zoo will continue to dazzle children and visitors with the beloved giant pandas."