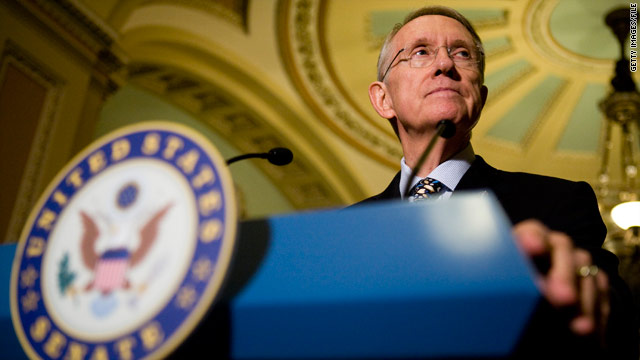 Washington (CNN) - Senate Majority Leader Harry Reid, who in a Tuesday television interview called Chinese President Hu Jintao a "dictator," won't attend the formal White House state dinner in Hu's honor Wednesday. However, a Reid aide insisted the two aren't connected and said Reid can't make the dinner because he "is traveling back from Nevada and it takes all day."

"It's not like he's in DC and he's avoiding it. He's been in Nevada for the last week or two," said the aide who asked not to be identified. "It just didn't work out that way. I think you shouldn't be reading anything it to it. It's a logistical question."

Asked if Reid would have attended if he wasn't traveling, the aide responded that he would not answer a 'hypothetical question."

The aide couldn't say when Reid was invited to the high-profile dinner.

House Speaker John Boehner and Senate Republican Leader Mitch McConnell are not attending the dinner either.

Reid and Boehner will meet separately with Hu in the Capitol Thursday.

In an interview with a local Nevada TV station Tuesday, Reid said, "I'm going to back to Washington tomorrow to meet with the president of China. He's a dictator. He can do a lot of things through the form of government they have. Maybe I shouldn't have said dictator, but they have a different type of government than we have and that is an understatement."

"Senator Reid himself said that wasn't the best choice of words and corrected it immediately, but what he was referring to is the different form of government we have than the Chinese. Obviously, he believes strongly in the American political system and our form of government. He also believes that it is important for us to continue our dialogue with the Chinese government about a wide range of issues which are critical to both countries, including our economy, Iran, North Korea."