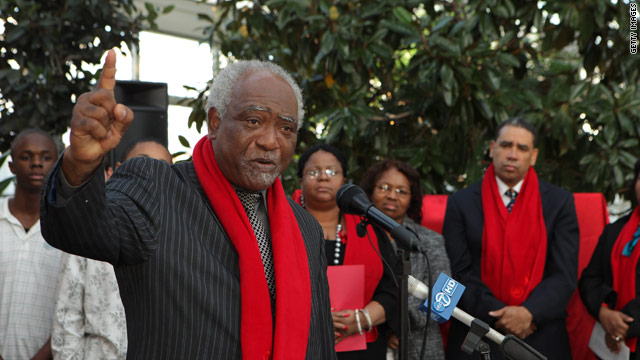 Rep. Davis to Bill Clinton: your political support will suffer

Chicago (CNN) - One of the Chicago's most well-known federal lawmakers has a harsh message for Bill Clinton: the former president hurt himself politically with African-Americans after he campaigned Tuesday for Rahm Emanuel's mayoral bid.

That's what Rep. Danny Davis said on Wednesday as he boarded a plane from Chicago en route to Washington.

"People have always – especially African-Americans for a long time – have regarded former President Clinton as a friend, political ally and as one whose goals and objectives may have been similar to theirs," Davis said. "And so I think that this will take away a bit. And there are individuals who have been former Clinton supporters who no longer will."

Davis said he does not believe Emanuel, former Obama White House Chief of Staff who also worked in the Clinton administration, will win the Chicago race. But should he, Davis said: "He will be good for some people." When pressed to explain, Davis said an Emanuel administration in Chicago will benefit insiders - not African-American communities.

CNN asked Davis if he'd expressed his belief with the former president himself.

"No, I have not attempted to speak with President Clinton," Davis said. "I think he understands full well. You know my father used to tell us something about this whole business of advice.He'd always say, 'A wise man don't need it. And a fool won't heed it.'And so, I think he [Clinton] knows the consequences. And would be willing to risk the consequences in order to accomplish something else."

Davis was also a candidate in the Chicago race. But he dropped out on December 31 and urged African-Americans to coalesce around former Illinois Senator Carol Moseley Braun, who is African-American.

When asked how he'd respond to critics who might say his criticisms of Clinton and Emanuel amount to sour grapes, Davis told CNN, "Sore loser? I'd say they dont know anything about Danny Davis. And their comments are irrelevant to me."

Though Davis is critical of Clinton's backing of Emanuel, he did offer some praise.

"I think he will continue to interact. And I think that his popularity will remain high," Davis said of the former president.