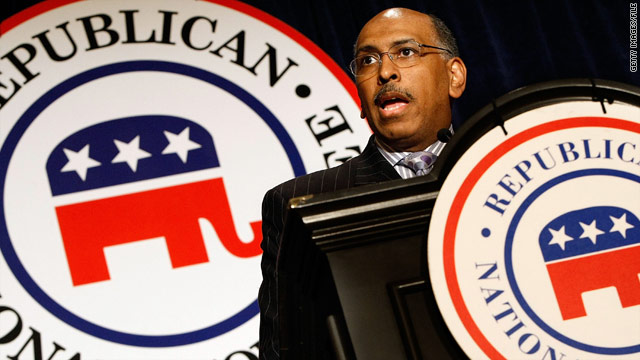 (CNN) – It doesn't appear former Republican National Committee Chairman Michael Steele will be patching things up any time soon with his onetime friend and protégé Reince Priebus – the man who took Steele's job.

"I know exactly how Caesar felt," Steele told the FrumForum website. "It is what it is."

Before orchestrating Steele's ouster from the top GOP post, Priebus was the ex-chairman's trusted aide and the committee's top lawyer – a venerable position Steele handed to Priebus.

But Steele says he now believes Priebus, also the chairman of the Wisconsin GOP, was secretly plotting against him for months despite what appeared to be unfettered loyalty.

"I trust my friends. Well, I guess the adage is right. In Washington, you should get a dog… We put a lot of resources in Wisconsin over the last two years… that's what you do for [the] team," said Steele.
Members of the RNC elected Priebus to the top job on Friday.

Steele will be guest on The Situation Room with Wolf Blitzer later Wednesday.