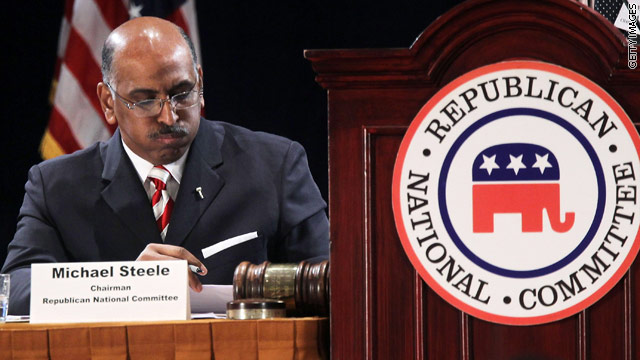 (CNN) - Michael Steele, the newly ousted chairman of the Republican National Committee, said he's "disappointed" he lost the recent election but that many in his party are relieved.

"I think the people in the party, particularly the establishment, are breathing a sigh of relief," Steele said Wednesday on CNN's "The Situation Room." "They have control of the RNC now; let's see what they do with it."

Click to watch video
Steele said he thinks members of his party wanted someone with a different tone to run the fundraising arm of the national party. The former Maryland lieutenant governor often made controversial comments that landed him in the national hot seat.

"My style is very different, much more engaged on the streets of America as you saw on the bus tour," Steele told CNN anchor Wolf Blitzer. "I like to be out there with people. So it's just a different approach and a different style."

When asked about Karl Rove's recent swipe at Steele in the Wall Street Journal, Steele said Rove has "no idea what he's talking about."

The former operative in the George W. Bush administration said Steele's successor, Reince Priebus will run a regime with "no more bloated entourages, sweetheart deals and lack of financial oversight."

"Karl's been attacking me for years," Steele said. "I think the reality of it is Karl doesn't know what he's talking about. The fact of it is there were no entourages, there were no bloated budgets, we ran a very lean machine. We took every dollar that came into the building and put it back on the streets."