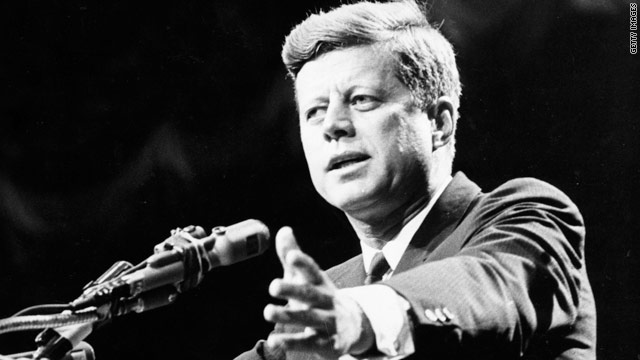 (CNN)–It's a golden anniversary Thursday for John F. Kennedy's inauguration. Senate Majority Leader Harry Reid and House Speaker John Boehner will mark the 50th anniversary with a tribute ceremony, that will include remarks by Vice President Joe Biden, at noon ET in the rotunda of the US Capitol.

And fifty years later, JFK's popularity endures. A CNN/Opinion Research poll indicates that most Americans continue to have a positive view of how the president handled his White House duties.

"Eighty-five percent of all Americans approve of the way Kennedy handled his job as president, ranking him first among all the presidents who have served in the White House in the last half-century," says CNN Polling Director Keating Holland.

Thursday is also the 30th anniversary of Ronald Reagan's first inauguration. President Reagan places third on the list of historic approval ratings for presidents since almost seven in 10 Americans say that they approve of his job performance in the White House.