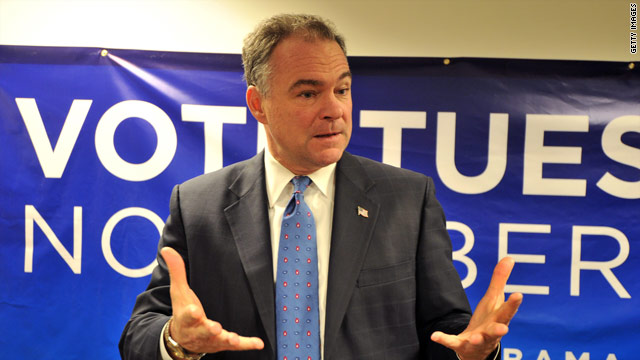 DNC chair to stay; Obama re-elect to ramp up

Washington (CNN) - Former Gov. Tim Kaine will remain as chairman of the Democratic National Committee through the 2012 presidential election.

Kaine told DNC members in an e-mail sent Thursday that he will serve two more years. Kaine also announced that President Obama's re-election campaign "will be based in Chicago starting in March or April of this year.

"David Axelrod and Jim Messina will be leaving the White House to begin work on the re-election campaign once it is formed," Kaine said of two Obama's top White House advisers.

"Working together, I am confident that we can protect the progress of the past two years, achieve important electoral victories in 2011 and 2012, and build on the accomplishments of President Obama’s administration, Congressional Democrats, and Democratic elected officials throughout our great nation," Kaine wrote to the DNC members.

Kaine had indicated in an interview on CNN's "State of the Union" with Candy Crowley earlier this month that he intended to serve another two-year term. Today's note makes it official.