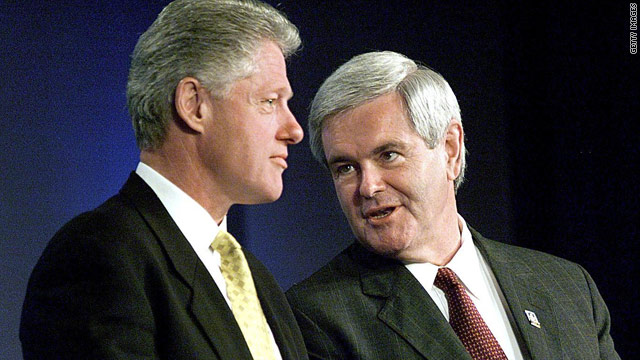 The former House Speaker tells the conservative Human Events the second half of Obama's term has essentially become "the third term of the Clintons."

"I think it's fascinating," said Gingrich in the interview published Friday. "You're sort of seeing the beginning of the third term of the Clintons because the first two years of Obama was such a failure in popular acceptance."

"It's almost a Chicago-machine musical game, and all of it represents an increase in power for Bill Clinton," said Gingrich.

Gingrich, who is thought to be a likely Republican presidential candidate, may just hope his comments needle members of the left wing of the Democratic Party, many of whom think Clinton, and now Obama, are governing too far toward the center.

"It must be fascinating to be one of those left-wing activist groups that spent so much time and energy beating Hillary Clinton because they didn't want to see this kind of administration," he said.

But Gingrich doesn't want to give the impression Obama actually is a moderate president – after all, he will need the support of independents if he faces off against Obama - saying the administration uses "the language of the center-right, while in fact fighting for the policies of the left.