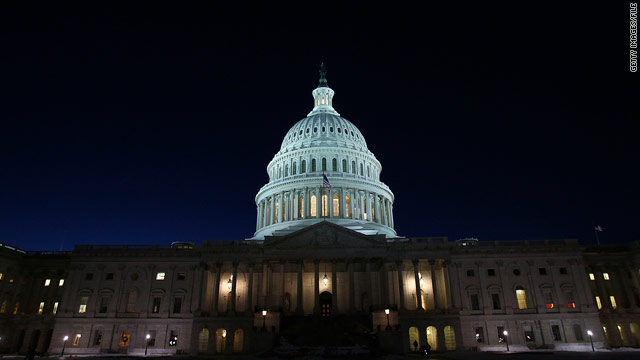 CNN Poll: Most say Democrats & Republicans should sit together

Washington (CNN) - More than seven in ten Americans think that Republican and Democratic members of Congress should sit next to each other when President Barack Obama gives his State of the Union address, according to a new national poll.

A CNN/Opinion Research Corporation survey released Friday indicates that 72 percent of the public says Democratic and Republican lawmakers should sit together next Tuesday when the president speaks in the House of Representatives chamber, with 22 percent preferring the traditional seating arrangement in which Republicans all sit on one side of the chamber and Democrats all sit on the other side of the aisle.

"The bipartisan seating plan is popular with all demographic groups, although Democrats and Independents are much more likely to favor it than Republicans," says CNN Polling Director Keating Holland.

Democratic Sen. Mark Udall of Colorado released a letter last week proposing that members of both political parties sit next to each other instead of the normal seating. In the letter Udall said the "debate surrounding our politics has grown ever more corrosive," and suggested choreographed standing and clapping is unbecoming of Congress, especially given the recent shootings in Arizona. The idea was first announced in a letter to "restore civility" by Third Way, a think tank dedicated to moderate political ideas.