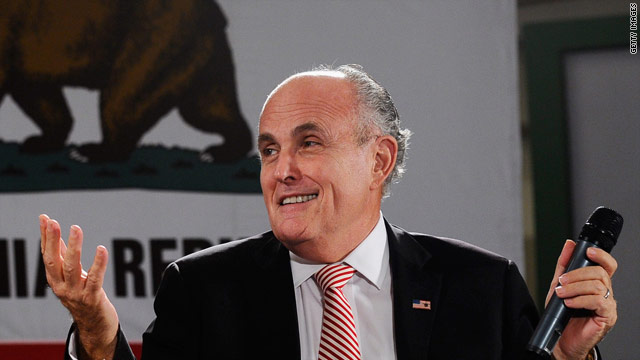 The former New York City mayor, who made a bid for the 2008 GOP presidential nomination, adds that he's considering another presidential bid.

"I will take a look at 2012. It's really a question of: can I play a useful role? Would I have a chance of getting the nomination? Those are things I'll have to evaluate, you know, as the year goes along," said Giuliani, in an interview Thursday on CNBC's "The Kudlow Report."

Earlier this month Giuliani denied a report that he was preparing a team to possibly gear up for another presidential candidacy.

In the last cycle, early national polls suggested that Giuliani was one of the leaders of the pack, but his campaign concentrated on some of the later primary states, such as Florida, at the expense of beefing up operations in Iowa, New Hampshire and South Carolina - three crucial early voting states.