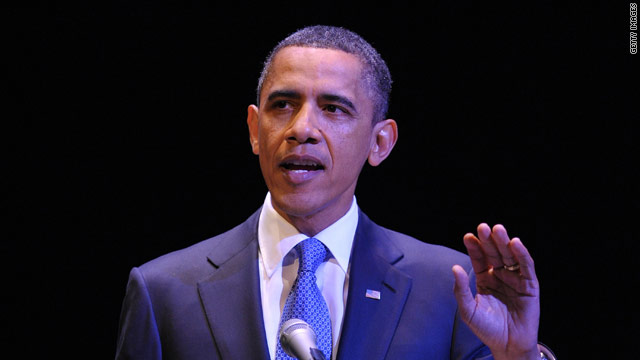 He began with an upfront assessment that more doors should be opened for U.S. goods and services internationally, saying, "If we're serious about fighting for American jobs and American businesses, one of the most important things we can do is open up more markets to American goods around the world."

Obama then claimed that this week's talks with China's president furthered this goal, asserting that the deals brokered between the two powers will result in an increase of U.S. exports to China by more than $45 billion and will support 235,000 American jobs.

The president expressed confidence that the United States is able to "out-compete any other nation on Earth (by) leading the world in innovation" and "opening new markets to American products."

"That's how we'll win in the future," he affirmed.

Sen. John Barrasso, of Wyoming, chose a different tack in the weekly Republican address, touting his party's efforts to and rationale for repealing the new health care law.

The orthopedic surgeon-turned-politician noted that the House of Representatives voted this week to repeal the legislation – in what many consider a largely symbolic move, since Democrats still control the Senate. Barasso said the recent Congressional election, which saw Republicans make major gains, spurred the vote.

He continued with an indictment of Democrats, saying "The president's party has wasted millions of your taxpayer dollars trying to persuade you to support this law… They have failed."

Barrasso described traveling across the country and hearing from "Americans who want Washington to take its hands off their health care."

The vice chairman of the Senate Republican Conference asserted that "health care decisions should be decided in your doctor's office - not a Washington office."

"Nothing should come between you and your doctor," he continued. "Our job won't be done until we repeal and replace this bad law."