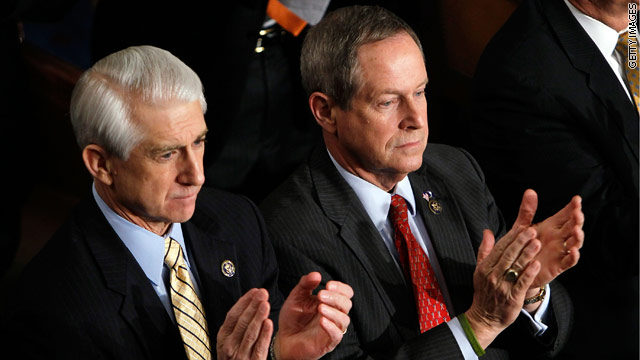 Congressman who shouted 'You lie!' at Obama will sit with Democrats

Washington (CNN) - A Republican congressman who unexpectedly participated in President Obama's health care speech in 2009 by heckling the chief executive says he will be flanked by two Democrats on Tuesday night to show his willingness to work with the opposition party.

Rep. Joe Wilson of South Carolina shouted "You lie!" during the president's address on health care in September 2009. The chief executive had just denied that illegal immigrants were covered in his proposed health care plan.