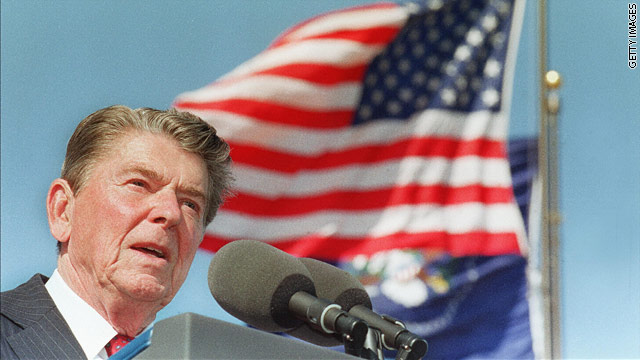 Politics aside in Reagan praise

(CNN) - A bipartisan group of American leaders, including President Barack Obama, took to the pages of USA Today Monday to commemorate the 100th birthday of former President Ronald Reagan.

Reagan understood that despite different opinions, patriots "put the welfare of our fellow citizens above all else," Obama wrote.

"No matter what political disagreements you may have had with President Reagan – and I certainly had my share – there is no denying his leadership in the world, or his gift for communicating his vision for America."

Obama said the former president's ability to communicate to the American people and the confidence he had in the country were even more important than any single accomplishment.

House Speaker John Boehner said he saw Reagan's presidency as a "call to arms," and described the impact of the 40th president's declaration that, "Government is not the solution to our problem. Government is the problem."

"Those words struck a chord with small-town, small-business people like me who were fed up with intrusive government and indecisive leadership," Boehner wrote.

Former 2008 GOP presidential nominee and Arizona Sen. John McCain said he will always revere Reagan for his faith in America.

"He possessed an unshakable faith in America's greatness, past and future, that proved more durable than the prevailing political sentiments of the time," McCain wrote. "This confidence was a tonic to men who had come home eager to put the war behind us and for the country to do likewise."

"When we see people around the globe looking to the White House for leadership, we should remember Reagan's steel spine," Palin wrote.

"The Gipper's irrepressible high spirits tapped into something deeply rooted in the country: optimism, faith in America itself," former Massachusetts Gov. Mitt Romney wrote. "He fought to cut federal spending. He sought to restore our Founding Fathers' vision of American greatness and limited government."