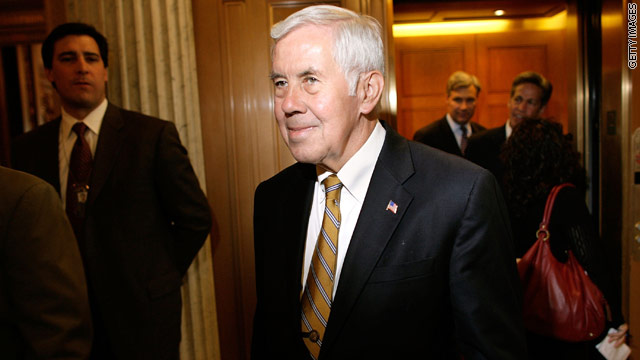 Members of Hoosiers for a Conservative Senate are expected outside Lugar's Capitol Hill office Monday morning to deliver a scroll urging Lugar to retire. members of the Tea Party Express, a national tea party organization, as well as D.C.-area tea party activists, will attend to show their support, said a representative of the Indiana group.

"The goal of this meeting was to see if we as a collective could unite in a singular mission of rallying behind one conservative candidate for the 2012 U.S. Senate race. The goal yesterday was not to identify a candidate or candidates," Fettig told CNN.

Fettig called the meeting a "success" and said it will lead to the "emergence of one conservative candidate to challenge Senator Lugar."

The night before the Tea Party meeting, Lugar had his first big fundraiser in his home state this cycle. Senior adviser Mark Helmke told CNN that 425 people attended the event, which was expected to bring in more than $400,000.

Lugar, who officially announced last week that he is running for re-election, said, "I take any opposition seriously."

Mark Lubbers, a political consultant and Lugar adviser, used his introduction of the senator at the fundraiser to take aim at those trying to bring Lugar down. He also sought to appeal to conservatives.

"We need to bring the same passion to the fight that they will bring. And perhaps most important, we need to make sure that our friends and neighbors who identified with the Tea Party know that Dick Lugar believes in the same bedrock conservative values that they do," said Lubbers.

Lugar, the most senior Republican member of the Senate, has been criticized by some grass-roots conservatives and by some potential GOP challengers for his willingness to work with Senate Democrats to seek bipartisan solutions for his votes in favor of President Barack Obama's Supreme Court nominees; for his 2008 vote in favor of the Troubled Asset Relief Program, better known as TARP; and most recently, his early public openness to vote in favor of the New Strategic Arms Reduction Treaty (New START) with Russia.