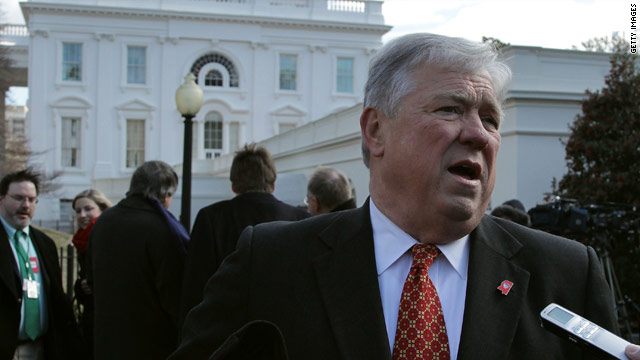 Washington (CNN) - Mississippi Gov. Haley Barbour will return to South Carolina on Wednesday for a pair of closed-door meetings with influential Republicans, another sign that he is leaning toward seeking the GOP presidential nomination in 2012.

A source close to the governor and several South Carolina Republicans confirmed the visit, which was reported by Politico on Monday night.

Barbour will be meeting with activists and potential donors, according to one South Carolina source familiar with meeting. The sessions come on the heels of on an earlier closed-door confab that Barbour convened with GOP state legislators in Columbia – a meeting first reported by CNN – following his appearance at Gov. Nikki Haley's inauguration earlier this month.

The meetings are being arranged by Republican public affairs strategist Chip Felkel. Longtime GOP consultant and lobbyist Warren Tompkins, a friend of Barbour's who worked for former Massachusetts Gov. Mitt Romney during the last presidential race, is also said to be making phone calls on Barbour's behalf.

Associates of Tompkins stressed that the veteran strategist has no formal role in organizing the meetings and, like many free agent Republican consultants, is simply a longtime friend of Barbour's. Tompkins was one of many uncommitted South Carolina Republican heavyweights, including former Attorney General Henry McMaster and former House Speaker David Wilkins, seen at Barbour's last meeting in Columbia.

Prior to his cameo at Haley's inaugural, Barbour's last public appearance in the South Carolina, one of the first four early caucus and primary states, was in March of last year, when he keynoted an event for the Spartanburg County Republican Party.

UPDATE: Barbour's meeting in Spartanburg, the second of the day, will be hosted by South Carolina GOP Chairwoman Karen Floyd, a GOP source told CNN.

Floyd will introduce Barbour to a group of Republican activists and donors at her downtown Spartanburg office.