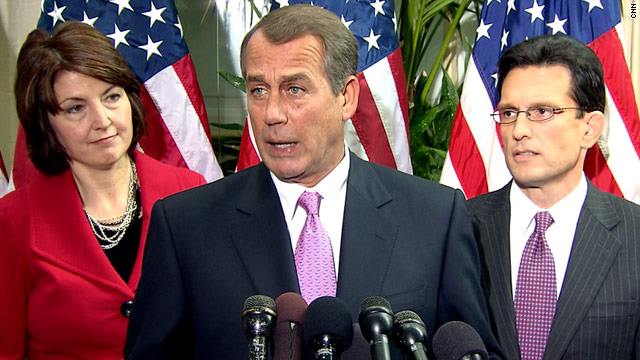 Boehner, speaking with reporters at a breakfast hours before the prime time speech by the president, says he thinks the president seems determined to continue the "spending binge."

Boehner termed a Tea Party response to the president's address by Rep. Michele Bachmann of Minnesota that is separate from the official GOP response that will be given by Budget Committee Chairman Rep. Paul Ryan of Wisconsin, as nothing out of the ordinary. But the tope House Repubican then conceded that "it might be a little different," adding that "it is what is."

Asked about Obama's outreach to the GOP, the Republican from Ohio made a zero with his fingers, adding "zero, none, nada."

But Boehner later conceded that he himself hasn't reached out to the White House because he's been busy "tyring to get my arms around" his new job.