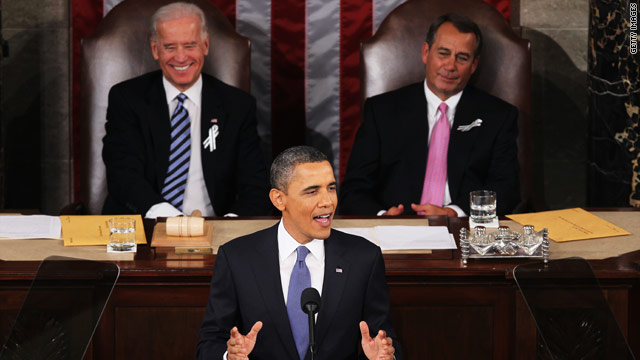 (CNN) - President Barack Obama urged Americans to "win the future" Tuesday night, holding out a vision of a federal government fostering advances in science and technology like it did during the days of the space race.

But the kind of "Sputnik moment" that Obama proposed costs money at a time when the Republicans who control the House of Representatives are clamoring for spending cuts. So in his State of the Union address, the president suggested getting rid of tax breaks for the oil industry to pay for it.