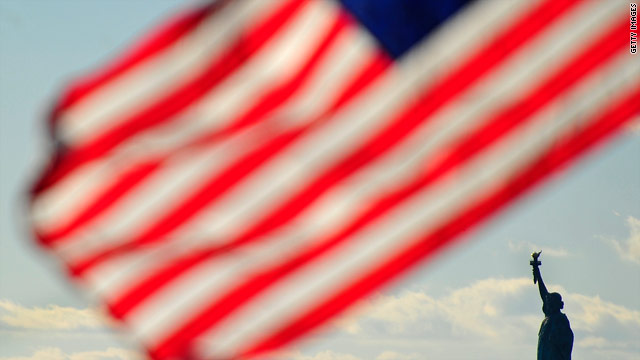 Washington (CNN) - Hours before President Barack Obama gives his State of the Union address before Congress, a new national poll indicates a surge in optimism about the state of the nation.

According to a CNN/Opinion Research Corporation survey released Tuesday morning, 43 percent of the public feel that things are going well in the country, up 14 points since December. The survey indicates that a majority of Americans continue to think that things are going badly in the country today, but that figure has dropped from 71 percent at the end of last year to 56 percent now.

"We haven't seen numbers this good since April of 2007," says CNN Polling Director Keating Holland. "One likely reason for the change is the public's growing optimism about the economy."

According to a CNN poll released last Friday, the number of Americans who think the economy is in good shape, while not particularly high, is nonetheless at the highest in over two years.

But other non-economic factors are also likely at work, including the psychological effect of starting a new year.

"Over the past two decades, the number in January who say that things are going well in the country has gone up twice as often as it has gone down - sometimes by 10 to 14 points - and it may not be coincidence that the highest amount of optimism ever recorded on this question was just after the new millennium started in January, 2000," adds Holland. "It's also possible that the country's mood was lightened by the relatively civil tone in political debate in the past few weeks, the absence of a projected terrorist attack over the holidays, and the perception that the December session of Congress got something done."