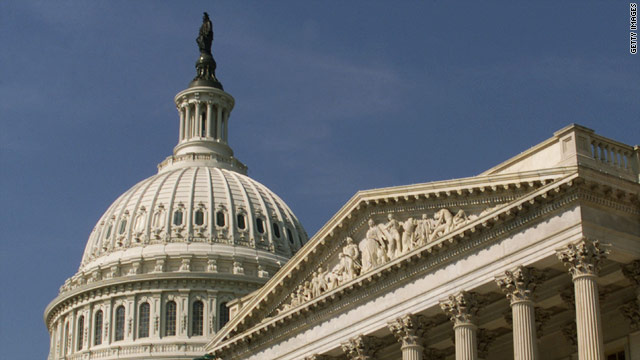 Washington (CNN) - When it comes to cutting the nation's budget deficit and putting a dent in the country's massive debt, a new poll suggests Americans have a split personality.

A CNN/Opinion Research Corporation survey released Tuesday indicates that while the public overwhelmingly favors a smaller federal government, they also overwhelming oppose making cuts to the big targets - the federal programs that account for much of the government's spending.

According to the poll, just over seven in ten Americans favor a legislative agenda that would reduce the size of the government, with one in four saying they oppose such a move.

But it seems that most Americans would prefer that the biggest government spending programs are off the table. The survey indicates that more than seven in ten Americans say that deficit reduction is less important than preventing cuts in Social Security, Medicare, Medicaid, education programs and veterans' benefits. At least six in ten feel the same way about unemployment benefits and roads and mass transit.

According to the Office of Management and Budget (OMB), the items tested in the poll represent the 10 spending categories with the highest outlays in 2010, ranging from Social Security and national defense, which represent roughly one in five federal dollars spent, down to education and transportation, which account for approximately two to three percent of the government's outlays. CNN also included foreign aid in its list because some previous polls have shown this to be the most unpopular federal program, although it represents less than one half of one percent of the federal budget.

"According to the OMB data, the three items that a majority of the public is willing to cut - federal pensions, welfare, and foreign aid - may account for about 13 to 15 percent of total federal outlays in 2010. That appears to leave about 85 percent of the federal budget off-limits in the public's mind," says CNN Polling Director Keating Holland. "Add in defense spending and the programs that the public may be willing to cut goes up to roughly a third of the total budget, with about two-thirds still off the table."