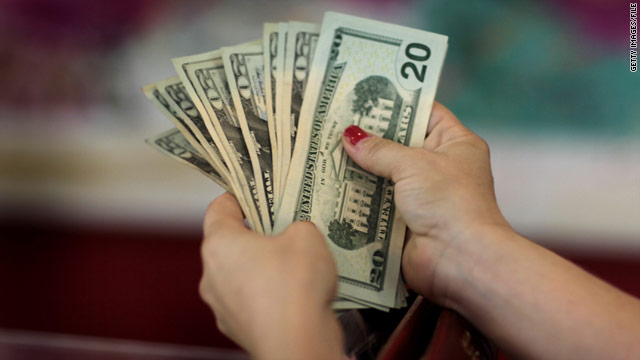 Washington (CNN) - What do Americans want President Obama and Congress to concentrate on in the coming year?

According to a new national poll, a majority of Americans rate four issues - the economy, unemployment, health care, and the budget deficit - as "extremely important," with the economy topping the list at 63 percent.

According to a CNN/Opinion Research Corporation survey released Tuesday, hours before President Barack Obama gives the annual State of the Union address, only those four issues reach the 50 percent mark, although Social Security and education, at 47 percent, come close. At the bottom of the list: social issues such as abortion and gay marriage, with gun policy not faring much better.

Despite a recent uptick in the number of Americans who think the economic conditions are good, the economy remains the public's number-one priority, with 63 percent rating it extremely important and another 32 percent calling it very important.

"That's about where it was when Obama gave his State of the Union speech last year," says CNN Polling Director Keating Holland. "Health care, taxes, and the deficit have all grown in importance since last January - nine points for health care, eight points for taxes, and six points for the deficit."

Most other issues are roughly as important to the public as they were last year, but terrorism is down ten points.

The economy's been the top issue on the minds of Americans in CNN surveys since December 2007.