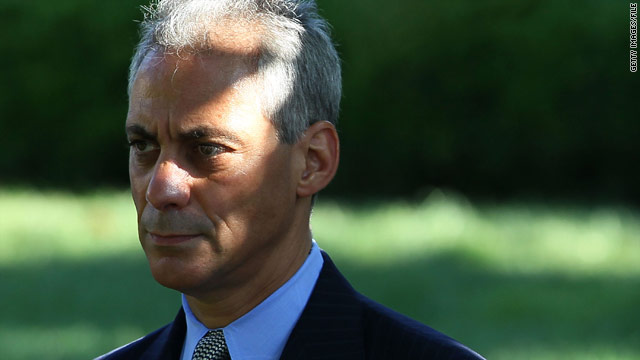 Washington (CNN) - Lawyers for Rahm Emanuel filed papers Tuesday with the Illinois Supreme Court seeking an appeal from a lower court ruling that held the former White House chief of staff is ineligible to appear on Chicago's mayoral ballot because of residency requirements.

In the 24-page brief, Emanuel's lawyers argue "the decision below squarely conflicts with other appellate rulings addressing candidate residency requirements" and contend the lower court "was unable to find a single appellate decision supporting its novel legal standard."

The move comes the day after a 2-1 ruling from a panel of Illinois Appellate Court justices ruled Emanuel did not meet state provisions mandating Chicago mayoral candidates have to live in the city for at least a year prior to the election. The ruling overturned a previous Chicago Board of Elections decision that found Emanuel had in fact met the requirements.

At issue in Monday's ruling is what the term "resided in" in the state provision means. Emanuel's lawyers argue that phrase should not be assigned the same meaning as "lived in." Instead, Emanuel's lawyers say, the fact that the former top Obama aide has maintained a residence in the city for the last two years is enough to satisfy the requirement.

Emanuel, a former congressman from Chicago, has long argued that his stint in Washington was only a temporary assignment and he still considered himself to be a resident of Chicago.

The election is February 22.