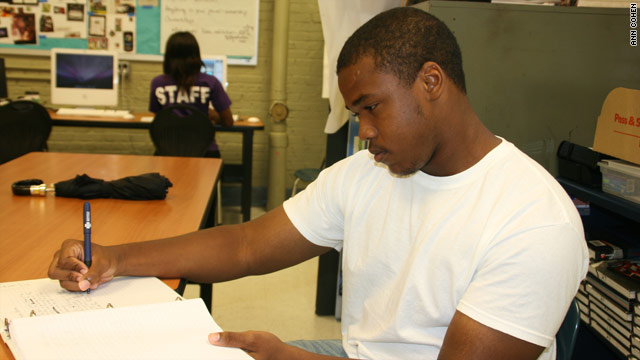 (CNN) - Philadelphia high school junior Brandon Ford will be sitting in first lady Michelle Obama's box tonight for the State of the Union address after being a key member of the only high school team in a fuel efficiency challenge in 2009. But it was a fortuitous slip of the adolescent mind that got him the seat in the gallery.

West Philly Hybrid X finished 21st out of more than 100 teams from around the world who competed in the Progressive Insurance Automotive X Prize contest – impressive enough to earn them an invite and all-access White House tour back in September.

But the 65 mile-per-gallon sedan that the squad built was not the reason Ford was offered one of the most coveted seats in the Beltway. The precocious student who can solve complex equations and design fuel efficient engines forgot his ID for that White House visit back in September – prohibiting him from entering the White House grounds.

So while his team got a behind the scenes tour and pats on the back from some pretty important people, Ford described as "humble and hard-working" by team manager Ann Cohen waited in a nearby Starbucks.

"It was just so disappointing" says Cohen, "but a young White House staffer told us that they'd try and do something for him."

"I thought maybe that meant they'd send him an autograph or a letter or something….but certainly not this."